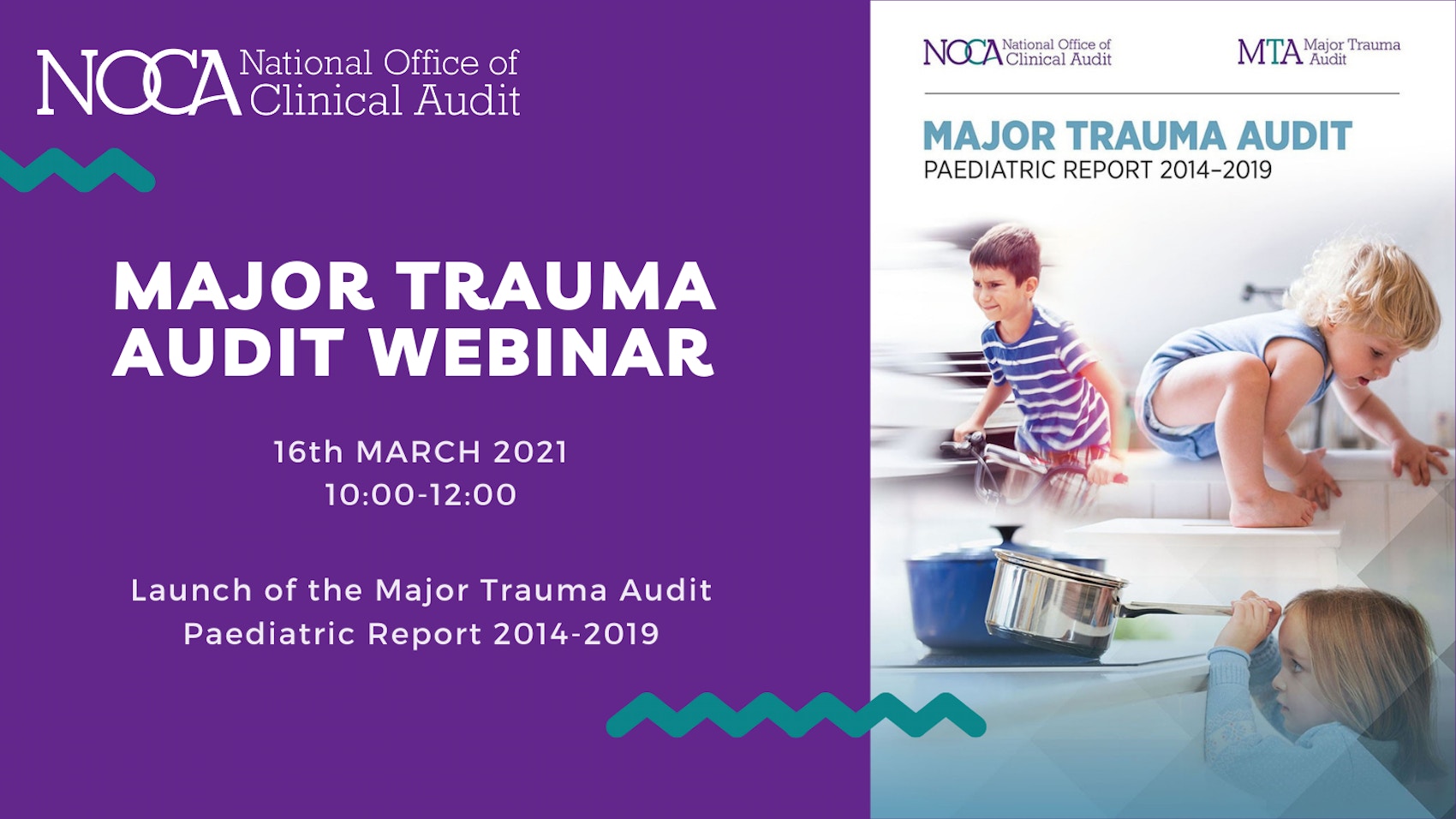 Professor Conor Deasy, Clinical Lead for Major Trauma Audit (MTA) and Dr Ciara Martin, Consultant in Paediatric Emergency Medicine, today launched the Major Trauma Audit Paediatric Report 2014-2019 at the Major Trauma Audit Webinar 2021. The report focuses on paediatric patients who have suffered a major trauma accident over a six-year-period in Ireland. Falls, road traffic accidents and burns account for many causes of these injuries in children and present an obvious opportunity for injury prevention.

From 2014-2019, data was collected on 1,382 cases from the majority of the 26 hospitals involved in the audit. The consequences of major trauma on children can be far-reaching with many suffering life-changing or life-threatening injuries.

The publication of this report presents the first comprehensive overview of major trauma in children in the Republic of Ireland. The significance of this data and timeliness of the report will allow for the Trauma System in Ireland to be reconfigured to meet the needs of adults and children. This report also provides advice that everyone can use to prevent injuries in children.

The event had a clear focus on injury prevention in children. The report highlighted measures that could be taken to prevent the most common injuries, such as falls, road traffic collisions and burns. Attention to the following details can help prevent major trauma injuries in children:

It is good to see that prevention of injuries is a big focus for this report as children are society’s responsibility to protect. We can all play a role be that on our roads, at home on farms or in other public domains. The new children’s hospital will be able to use this data to ensure that all facilities required to meet the needs of children with major injuries can be achieved.

The recording from the event can be viewed below.