Barbara’s experience of ICU and recovery 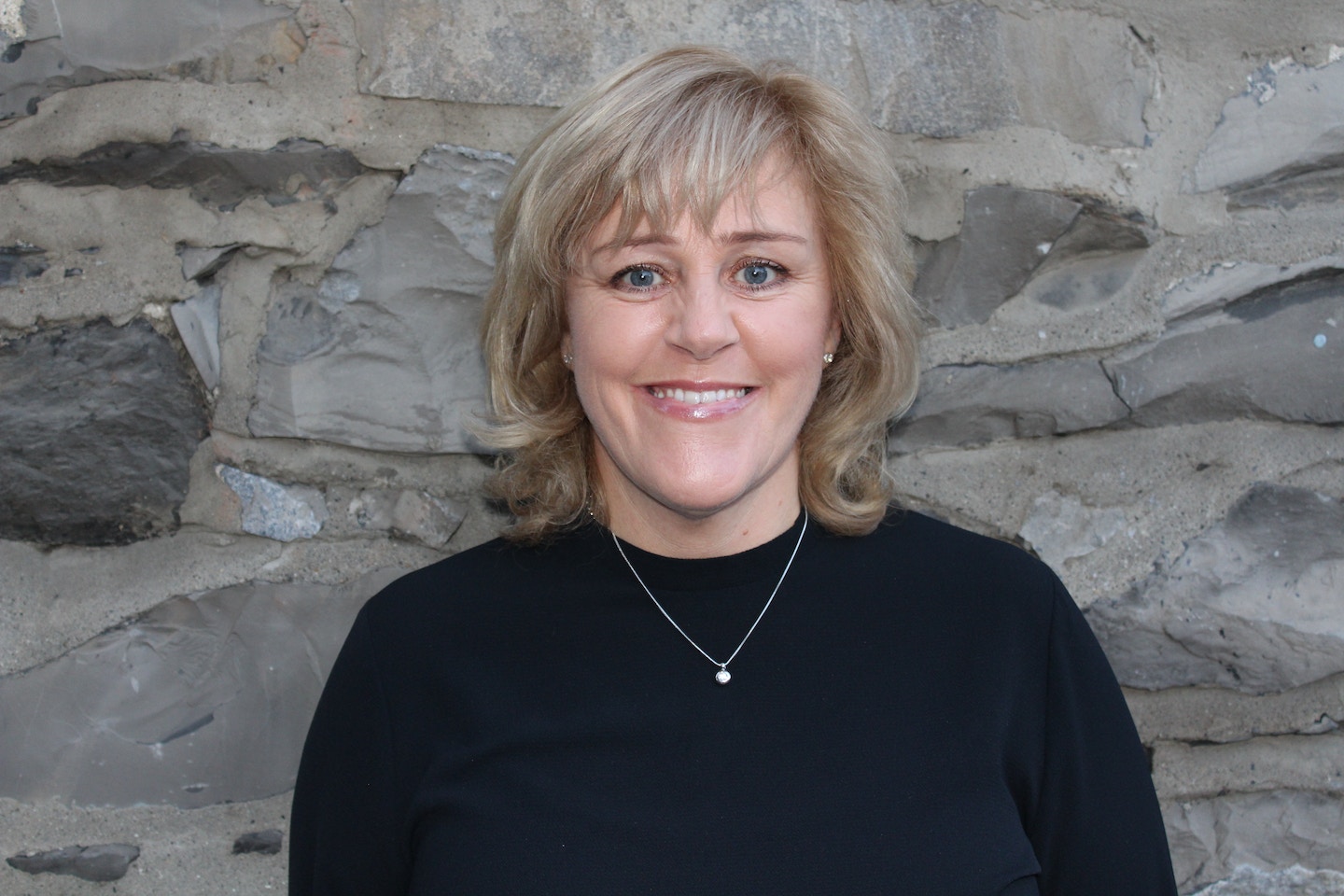 At 38, Barbara was a young, ﬁt and active mother of two young boys preparing for an upcoming family holiday when she was struck down with a sudden illness. Barbara thought she was coming down with a winter dose, but it quickly progressed to a chest and kidney infection.

Her general practitioner (GP), concerned at her lack of response to strong antibiotics and her rapid deterioration, advised her husband Jimmy to bring her to accident and emergency (A&E). Barbara was admitted quickly, and over the following four days, her condition progressively worsened. Unsure of where the infection was coming from, her medical team conducted numerous tests and increased her antibiotics, but Barbara’s deterioration continued as she began to struggle for breath and became bloated. She felt like she was being poisoned and told her husband that she thought she was going to die.

On her fourth day in the hospital, feeling increasingly frightened and beginning to become delirious and confused, Barbara remembers an anaesthetist coming to her bed to tell her that they were going to put her to sleep for a while, that her lungs were really tired and needed a rest. She recalls the kindness of the anaesthetist: that she held her hand, was really nice and reassuring, and that Barbara instinctively trusted her. Barbara felt so sick that she had no energy left to ﬁght, and the anaesthetist truly seemed to be in control and know what was going on. Barbara recalls being frantically rushed down the corridor, seeing the strobe lights passing one after the other above her, but not realising that the hurry was for her. She was aware that her parents and husband were there. She was told that she would be put to sleep and that a tube would be inserted down her throat in order to help her breathe through a ventilator.

When Barbara woke up, Jimmy was sitting beside her. She thought she had been asleep for an hour or so, but it was in fact 13 days later.

She recalls how gaunt and afraid Jimmy looked and wondered what was happening, not realising that his appearance had anything to do with her situation. She realised that she could not speak but had so many questions: Where was she? What had happened? She was in a different room (general ICU) and was surrounded by some very ill looking people. She felt scared and isolated and was not even able to hold a pen to write questions. She felt frightened, hemmed in, surrounded by bars on her bed, her hands weighed down with heavy gloves, and she was experiencing nightmares and hallucinations. She was embarrassed to discover that the nurses had to change her nappy and clean up after her. To add to her sense of shame and helplessness, she was terriﬁed when the medical staff suctioned her lungs, and when they turned her from side to side to change her bedclothes she sensed that she was going to fall, but was unable to communicate her feelings. She felt that she had no control over her body.

Jimmy and the staff began to piece together and explain what had happened. They told Barbara that she was in ICU and that she had been there for 13 days. They told her that she was very ill with septic shock and pneumonia, but that she was over the worst of it and would be moving out of ICU soon. They told her she was safe now, which reassured Barbara.

Her immediate thoughts turned to her boys and husband; what had they been doing for 13 days when she was in a coma in ICU? Her sense of safety was reconﬁrmed every time she opened her eyes and saw a nurse or doctor beside her, talking to her, reassuring her, updating her on Jimmy and her family’s whereabouts. The nurses spoke to her as though they knew her family really well, and she discovered that Jimmy had brought in a photo album to bring her to life for the medical staff. He had told them all about Barbara, about the things she loved, wanting them to build a relationship with her even though she was asleep. The nurses came to call him Nurse Jimmy, seeing that his presence and his holding Barbara’s hand calmed her. Barbara discovered that while she was in a coma the nurses had shaved her legs, massaged her, and applied expensive oils that Jimmy had been sent to purchase.

Seventeen days after last seeing their mum, Barbara’s sons, aged 10 and 12, came to see her on her last day in ICU. Jimmy had protected them from seeing how sick Barbara was. She recalls the looks of horror on their faces and her attempts to reassure them that she was getting better and would be home soon.

After being extubated, Barbara was transferred to the HDU one day after she woke up from her coma. This move coincided with a change in her experience. Barbara felt that the HDU was hectic and fast moving, like Piccadilly Circus. Like the ICU, the lights were on 24 hours a day, making it difficult to tell night from day. Barbara began to realise how sick she was: she could not lift herself or use her hands, she noticed sores on parts of her body, and describes feeling like she was just a shell of her former self. She had tingling in her hands and feet, and she struggled to speak as her voice was so weak. The nurses had several other people to look after, so Barbara had to wait a bit longer for their assistance and care. But she felt that moving to HDU meant that going home was getting closer.

Two days later, Barbara was told that there was a bed in a geriatric ward for her. She was told it would be quiet and that she would be able to rest there, that she was lucky to get the bed. Even though Barbara was experiencing a lot of pain in her back and throat, she initially thought that moving to a ward was a positive step, that all she needed to do was rest and then she would get to go home. But Barbara’s experience changed for the worse. Suddenly, she was spending an awful lot of time on her own and felt constantly afraid. The ward nurse told her that she was well enough to be on the ward, but Barbara believes that the ward nurses did not understand the vulnerability and needs of patients discharged from ICU. She still needed assistance to use the commode or toilet, but would be left sitting on the commode until the nurses had time to come back to assist her back to bed. Her experience of care on the ward was in sharp contrast to what she had experienced in ICU. Her family, only allowed to visit during visiting hours, would help her while they were there. She began to feel like a nuisance and felt isolated, abandoned, terriﬁed and unsafe. Her husband helped her wash and brush her teeth, reassuring her constantly that she was improving. Barbara gradually started to make small steps towards recovery, determined to get home as soon as possible and be seen as a good patient. She began using a Zimmer frame and was soon outpacing the other geriatric patients on the corridors. Holding cutlery was a major challenge, so she focused on using plastic cutlery and eating yogurts, as other food was too difficult. Seeing her haunted reflection for the ﬁrst time in the mirror was also difficult, as she struggled to recognise herself.

Barbara went home ﬁve days later into the care of her family, friends and neighbours, who nursed her back to health. Despite their lack of medical knowledge, her family was given no advice on what to expect, simply a time and date for an outpatient respiratory clinic appointment that was six weeks later and advised to go to their GP if they were worried about anything.

Barbara felt that her GP did not know what to expect either. With no explanation as to how she got so ill so quickly, Barbara feared that it could happen again. Barbara’s physical and emotional recovery was slower than expected, and Barbara was haunted by nightly nightmares. But with the constant attention of her family and friends, Barbara, though weak and anxious, felt safe and cared for. It took six weeks for her to be able to get downstairs for short periods of time, her concentration and memory were poor, she could not recall people’s names, and she was concerned that she would never properly recover. Barbara’s friend made her a diary of her ‘missing days’, and Barbara found this very helpful in making sense of her ICU experience, although it took some time before she could read it. She sought private help for her emotional and physical recovery over the coming years. It was a full 18 months later that Barbara began to feel more like herself, and it took more than two years to return to normality.

Barbara now works as a patient representative, determined to improve the experience of others that come after her. She emphasises the need for effective step-down care for ICU patients within the hospital and for outreach when they return home.

Barbara believes that information on discharge from ICU outlining what to expect in recovery would have made her life after ICU more manageable. Barbara and her husband, along with some ICU nurses, set up ICU Steps Dublin, a support group for ICU patients and their families. ICU Steps Dublin provides patient information leaflets to ICUs outlining physical, emotional and cognitive challenges, along with a drop-in service.